“EBONYI STATE IN HISTORY.
THE LEVEL OF DEVELOPMENT IN EBONYI STATE IS SO MASSIVE THAT PUNDITS  ARE EAGER TO KNOW WHAT IS THE SECRET OF    THE DEVELOPMENTAL MIRACLE IN EBONYI STATE, UNDER THE ABLE LEADERSHIP OF HIS EXCELLENCY, ENGR CHIEF DAVID NWEZE UMAHI FNSE FNATE, GOVERNOR OF EBONYI.

THE HEALTH SECTOR IS NOT LEFT OUT. EBONYI STATE IS FAST EMERGING AS THE MOST FORMIDABLE DESTINATION FOR  MEDICAL TOURISM, WITH HISTORIC MIDAS TOUCH ON  PRIMARY, SECONDARY AND TERTIARY HEALTHCARE DELIVERY SYSTEM.

WATCH OUT THE MAKING OF  AFRICA’S BIGGEST COLLEGE OF MEDICINE SET TO BE AFRICA’S CENTRE OF EXCELLENCE FOR  THE TREATMENT OF CANCER,  LIVER, KIDNEY, HEART, AND OTHER TERMINAL DISEASES THAT USED TO TAKE PROMINENT AND NON-PROMINENT NIGERIANS ABROAD.THE COLLEGE SHALL HAVE AFRICA’S FIRST DIALYISIS CENTRE.IT SHALL BE MANAGED BY WORLD CLASS  HEALTH PERSONNEL DRAWN FROM THE BEST HOSPITALS IN THE WORLD.

THIS IS IN ADDITION TO OTHER REFERRALS, SECONDARY AND PRIMARY HEALTH CARE FACILITIES IN THE STATE, WATCH THIS VIDEO (video of teaching hospital under construction) AND YOU WILL STILL ASK  ‘HOW DOES THE  GOVERNOR OF EBONYI STATE DO THIS MAGIC WHEN GOVERNANCE IN SOME  OTHER JURISDICTIONS APPEARS STAGNANT EVEN WHEN THEY HAVE BETTER ALLOCATIONS AND IGR PROFILE THAN EBONYI STATE.
MOI&SO….. Building a City of David”

I write in response to your post claiming that the Umahi administration has given a “historic midas touch on the primary, secondary and tertiary healthcare delivery system” in Ebonyi State. I wish I can overlook any misleading information on the health sector in Ebonyi State but I can’t.

May I acknowledge that there’s an ongoing massive construction of a tertiary health facility to serve as the Ebonyi State University Teaching Hospital in Uburu, Ohaozara LGA. The architectural design is very beautiful and it looks like it would be completed this year. I like the idea of building the new teaching hospital and I pray that all the people-oriented dreams or plans the governor has for the hospital would come to pass.

However, let me assume that you were not properly briefed on the actual state of the health sector in our state. The Ebonyi State Health sector is in comatose, to say the least. The state government with support from some development partners carried out a study in 2017 and identified many gaps in the health sector. According to the report which is also on the state government website, top of the challenges they observed was extremely low number of healthcare personnel. And the No. 1 recommendation was immediate recruitment of health workers. Has it been done, no. They also recommended the fencing of General Hospitals, that has been done long ago (our governor loves cement works 🙂

More so, there are less than 15 medical doctors under the full employment of Ebonyi State, less than 80 nurses/midwives, 2 pharmacists and less than 40 medical laboratory personnel. The primary health care centres is supposed to be headed by a medical doctor (where available) or a Community Health Officer (CHO) with more than 10 other skilled health workers. In Ebonyi, most PHCs has only one skilled staff – a Junior Community Health Extension Worker (JCHEW). Many of the PHCs don’t have a functioning toilet, while others lack water supply. An example is the Urban PHC in Court Area Okposi, less 10 minutes drive to the Governors country home. None of the 13 General Hospitals performs up to the 50% capacity of what is expected of a functional primary health care facility.

In Ohaozara LGA where I and the Governor come from, there is only ONE nurse and 3 medical laboratory personnel out of the 73 health workers working in the 36 public primary health care facilities in the LGA. The 22 nurses/midwives hired with the Basic Health Care Provision Fund to support the PHCs are not going to work. The recruitment process was allegedly flawed and some of them are still nursing students.

The 36-bed Okposi General Hospital is headed by an Optometrist (eye doctor), no medical doctor, 4 nurses, one med lab and pharmacy technician each. From the outside, the hospital looks very beautiful with brick fence, well painted buildings and good internal roads. Unfortunately, the mortuary is the most functional section of the hospital.

Still in Ohaozara, the 108 years old Presbyterian Joint Hospital Uburu was reportedly taken over in September 2020 and renamed EBSU Community General Hospital. The sacked hospital had over 170 staff, while the replacement has one doctor and 3 nurses.
The whole of Afikpo North LGA has only 7 nurses. The General Hospital in Ishiagu (your hometown) is not functional. I can go on and on, sir.

Dear @Hon. Barr. Orji Uchenna, the Umahi administration has done excellently well on building roads, flyovers, streetlights, water fountains, and other physical infrastructure. But on health, it’s F9 so far. The new EBSU Teaching Hospital when completed and functional will not change the F9 assessment until the PHCs and GH begin to work. A tree cannot make a forest.

The good thing is this, 2 years is more than enough to change this narrative. Our Governor can still be remembered for good in the health sector if he demonstrates just 50% of the political will he has shown on roads construction.

Sir, I guess you did not have these details before your post. Now you have it, you may edit accordingly. And also push for the right things to be done. 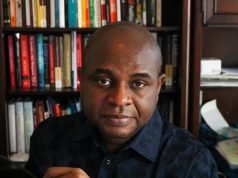 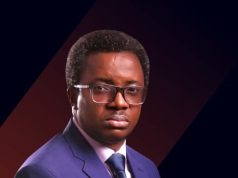 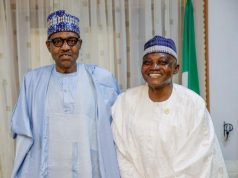 Pay Us Our Money, We don Tire to dey Sign Agreements!... 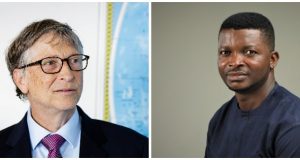