Does it disgust you that any time a Nigerian (or an African for that matter) comes up with a drug purporting to cure a strange illness, too many apparently ‘disgruntled’ doctors and scientists work hard to discredit him locally? These doctors and scientists are just jealous of the other people’s discovery and business, don’t you think so? Well, if you are a layperson, I am going to briefly educate you on a few things to open your mind to be grateful to those who campaign that the masses do not voluntarily getting killed.

In a sane society, before a new drug that cures or prevents an illness can be commercialized and consumed, it must undergo a rigorous testing to establish its safety (first), efficacy and dosing before it is approved and the seller licensed. This rigorous, painstaking testing is called a CLINICAL TRIAL. Even new clinical procedures or methods of diagnosing diseases are, by standard, subjected to clinical trials. An old drug being considered for a new curative value also undergoes a clinical trial, e.g. chloroquine (a traditional antimalarial drug) being combined with azithromycin (an antibiotic) as a remedy for coronavirus disease needed a clinical trial.

The core idea of a clinical trial in the development of any drug or clinical/diagnostic procedure is to ensure that the drug or procedure is both safe for human beings and efficacious/effective in achieving the very aim it has been designed for by testing it on informed volunteers. Findings from such clinical trials must be published in peer-reviewed scientific journals for other experts to appreciate and criticise the methodology used including ethical aspects. A standard clinical trial is usually preceded by a pre-clinical research in which the biological effect(s) of the active ingredient of a proposed drug is tested on animals and/or human cells in the lab. The clinical trial itself is divided into four or five phases and there are aspects of it design that determine how much trust and respect experts can put in the outcome, example: a clinical trial of a drug based on 20 patients only cannot stand shoulder-to-shoulder with another conducted on 3,000 participants.

The first phase of a clinical trial is called Phase 0. This phase is a relatively new addition (by America’s FDA) and is optional. In this phase, a small dose of the proposed drug (or drug candidate) is tested on a few (e.g. 10 to 15) healthy individuals. The essence of phase 0 is to ensure the drug is not outright harmful to the body and to study how the body absorbs, handles and excretes the drug as well as how exactly the drug acts on human cells and other chemicals (pharmakokinetics and pharmacodynamics).The study of a drug’s pharmacokinetics and pharmacodynamics continues in the next phase called phase 1 which usually takes months. Here, higher doses of the drug are given to about 20 to 80 healthy volunteers essentially to find out the highest dose of the drug humans can tolerate without any serious side effect. It is also in phase 1 that the best (oral, topical or intravenous) route of drug administration is determined. Blood samples are often drawn and used to study the concentration of the drug in the blood at different dosages at different times.In phase II, the highest, safe dose used in less than 100 healthy people in phase 1 is now administered to several hundreds of patients with the particular disease the drug is meant to cure. These patients are monitored over months and sometimes even up to 2 years to observe the efficacy of the drug and the side effects it causes.

Phase II trial gives the investigators robust-enough knowledge of the safety, efficacy and side effects of the drug in real patients but it is in phase III that these aspects of the study are escalated using a greater number of patients.Up to 300 to 3000 patients are used in phase III (the ultimate phase) and it is better if they are located in different hospitals or study centres. The phase III participants are usually divided into two groups: those receiving the drug being tested and those receiving something else (e.g. an empty ‘medicine’ called placebo).Which participants receives what is randomly assigned and, ideally, both the investigators and the participants should not know who receives what until the end of the trial. This is done to avoid researcher bias and possible falsification of research findings for economic reasons to the detriment of the masses. This method of random selection of a large number of study participants in different centres and randomly dividing them into two groups and keeping both the participant and the investigator in the dark about who receives the test drug or not is called multi-centre, double-blind, randomized, controlled trial. It is the most ideal design of a clinical trial that experts all over the world has no option than to respect its outcome.

Approval for the commercial use of a drug is usually granted if that drug successfully scales through phase III trial. Phase IV is post-marketing studies and consists in monitoring of treatment outcomes and reported adverse effects for the purpose of continual improvement of the drug.

From the foregoing, it is easy to agree that the development of a new drug is not a walk in the park. It takes human, time and financial resources. Nevertheless, it must be stated that the description above is more or less the ideal and many acceptable clinical trials can involve less number of patients and take less time depending on the urgency of the need for the outcome. For instance, the clinical trial of the drug remdesivir, the drug currently approved by FDA and WHO for the treatment of COVID-19 could not have been this rigorous and lengthy regarding the urgency of the need for it. However, medical literature contains a few publications on the phases of its clinical trial. The metholody may not have been ideal and absolutely satisfactory but the outcome is acceptable in the context of the raging pandemic.

The medical use of substances as drugs is a serious business and that is why experts keep insisting that those involved should make some standard effort to do right by their discoveries. Asking that safety of consumers be given serious consideration alongside drug efficacy cannot be asking for too much from a scientist. It is important for a scientist to let other workers know how he arrived at what conclusions for the continuous improvement of science for the betterment of mankind.

Now, as an African, do you still think it is okay for us to jump at very herbal medicine produced and sold by Africans in Africa? Do you still think that asking for even a small clinical trial and a publication of findings is a witch-hunt? Do you think that clinical trials should only belong to the West and that black man should go about drug development his own way? Finally, do you think this article of mine is a hit piece? Thank you for reading. 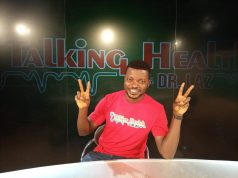 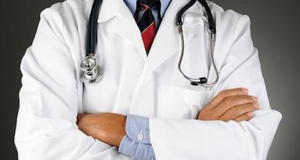 Na Our Turn To Sitdon For House, Make We Stop To...