Yoruba people go say, who shit for road, no go remember, na who pack the shit, go continue to remember. No be lie say who do good or bad, fit no remember, na who them do good or bad to naim go continue to remember. This na true story of one cancer survivor wey PinkOak been support some times back, Just so that we no go remove or add to her testimony or do any small faboo for the story, we decide say make we publish am, exactly how she talk am.

E contain so many white-man gramma, but make una manage am for us.

THIRTY-SIX year old Serah Shimenenge YUGH is one hell of a fighter anyone would like to know about. As I listened to this brave lady narrate her story of struggles to a large audience at the Nicon Luxury Abuja, I was wowed at her doggedness and will power to overcome the failed health system in Nigeria, beat the monster called cancer and live happily as a survivor!
In 2015, Shimenenge was in Ado Ekiti as a corps member. Soon after resumption, she noticed some worrisome development in her body– weight loss. Doctors carried out tests and said she was okay. Dissatisfied with the results, she explained to the doctors that she had lost about 25kg from 56kg and needed more investigations. They still assured her that, she was okay and therefore, no additional tests were done.

Shimenenge returned to Benue in 2016 after completing the youth service. At the federal medical center, Makurdi where she went for further investigations, a doctor talked her down for being too expectant and living in fear. With some bit of attitude, the doctor sent her for some tests, which she could not afford. She had N5,000 only, against the N7,500 she was required to pay.
On this fateful day, Shimenenge watched on TV, the then First Lady of Osun conducting cancer awareness campaigns. Shimenenge followed the tips on self examination and discovered a lump in her left breast.
Determined to face the monster, Shimenenge returned to the hospital, this time, the teaching hospital and requested to be checked of cancer. The doctor was dissatisfied with the result, which read, “a non-malignant tumor found. A malignant tumor found.” Shimenenge was sent to repeat the test.
Before the second results would come out, she noticed skin colour change on her left breast. Immediately, she checked on Google, “if you detect a lump in your breast, and also notice skin colour change?” The answer was “cancer.” This young woman locked herself up and cried profusely but refused to talk to her family about her personal findings.

The results later confirmed her fears. Her mom was opposed to breast removal but her uncle encouraged her to decide what she wanted and he’d go with her all the way. Shimenenge hit Google again, this time, to know if anyone had survived cancer through Orthodox or traditional treatment. She found three survivors give account of successful treatment through surgeries, chemo, etc. and opted for same.
A day before she’d be taken for surgery in September 2017, doctors at the Benue State University teaching hospital downed their tools, protesting months long non-payment of salaries. The surgeon however, handed her case to a senior doctor before embarking on the strike action.
Two days after the surgery, Shimenenge was taken to the Intensive Care Unit because the teaching hospital was shut down completely. She remained there for 7 days and discharged. With the help of her second doctor, she was referred to see an Oncologist in his home (because the university was shut) and also to a contract nurse who together, saw her through scans and chemotherapy  while the strike lasted.

With the financial support of her uncle, Shimenenge successfully had the surgery and commenced treatment. However, going further with radiotherapy, her family needed support. Shimenenge queried Google “which NGOs in Nigeria support cancer patients financially.” She got multiple NGOs, however, her first search was *Pink Oak*. She sent them a message via Facebook and they directed her to their partners; *Project Pink Blue*. Pink Oak raises funds to support cancer patients but they do not deal directly with the patients. They have partners who investigate claims, make recommendations and follow up through treatment, where applicable.
In 2019, Shimenenge successfully completed the radiotherapy at the national hospital, Abuja, with the joint support of Pink Oak who paid N6000,000 and Project Pink Blue, who saw her through every step of the way.

Shimenenge was a co-panelist of the Honourable Minister of Health at the National Health Dialogue organised by Premium Times. She called on the government of Nigeria through the Minister, to make cancer awareness campaigns visible; and also advised medical doctors and health workers to learn to be patient and courteous with patients.
The story of Miss Serah Shimenenge Yugh is not just that of a cancer survivor but also of hope and inspiration; of a resilient and dogged fighter, who refused self-pity and explored all avenues within her reach to get help.
In this photo with me, are Miss Serah Shimenenge Yugh in the middle, and Dr. Laz Eze– Executive Director, Pink Oak. Dr. Eze was meeting Shimenenge for the first time even though he was the one that responded to her e-messages and directed her to Project Pink Blue.

TalkHealth9ja dey hope say with this kind of testimony, e go ginger our government, oganizations and interested persons to donate to beat cancer. 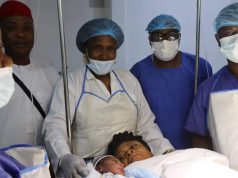 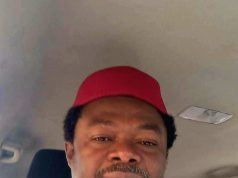 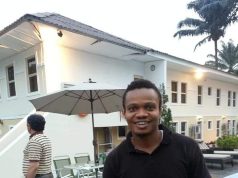 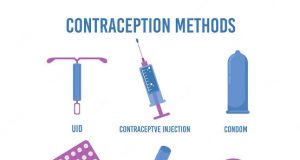